•  Pray for the Gospel to take root in Japanese culture and no longer be perceived as a western religion.

• Pray for drifting, over-worked, and anxious youth to find freedom in Christ.

• Pray for the unity of God's Spirit to demolish barriers dividing the 120 different denominations.

• Pray for LCMS missionaries and their work in Japan.

Japan uniquely blends an ancient civilization’s rich traditions, with an incredibly modern and technologically advanced culture.  In the 19th century, they embraced a Western-style constitutional monarchy after centuries of feudalism. After World War II, the country rejected militarism, totalitarianism, and Emperor-worship in favor of pacifism and democracy.

Japan boasts one of the highest life expectancies. But with a high value on the workplace, less people getting married, and a growing acceptance of abortion and contraceptives, Japan now has one of the world’s lowest birth rates, and a quarter of the Japanese are over 65. Violence and crime are on the rise. Rampant suicide (30,000/year), teenage prostitution, high divorce rates, and growing social anxieties all reveal widespread despair and hopelessness, exaggerated by the grip of materialism.

The majority of Japanese do not consider themselves religious, yet their cultural identity and the way they live their lives is deeply spiritual. Most identify with Buddhism (69%), but the average person practices a mix of Buddhist, Shinto, Daoist, Confucian, Atheistic, and even Christian beliefs. Only about 1% call themselves Christian. A massive 120 million are still waiting to hear the Gospel, making it one of the world’s largest unreached people groups. Christianity is often viewed as foreign, and an authentic Japanese expression of faith is needed. Natural disasters, economic decline, an aging society, and feelings of social isolation have provoked spiritual searching and an openness to the Gospel. But only a move of God will bring spiritual breakthrough.

With a baptized membership of approximately 3,000, the Japan Lutheran Church (JLC) has 37 congregations and preaching stations and a national staff of 29 ordained pastors. 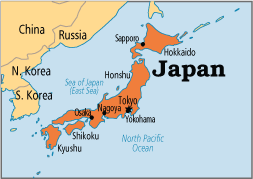 Serving the Lord in Japan

Tom and Debi Going are missionaries through The Lutheran Church—Missouri Synod (LCMS) in Japan. In this role, Tom serves as an educational missionary at Urawa Lutheran School (ULS), a school the LCMS started in 1953, located north of Tokyo. He not only teaches English at the school, but he also works closely with the school’s summer exchange and faculty development programs that seek to connect ULS and American students and faculty.

Tom and Debi both have been extensively involved in international missionary work, including more than 20 years of service with the LCMS. In the early 1990’s, Tom and Debi went to Japan to serve with the Volunteer Youth Ministry (VYM) program and teach English to Japanese students.

Tom earned a bachelor’s degree in business from Purdue University, West Lafayette, Ind. He received his teaching credential and certification as a director of Christian education (DCE) from Concordia University, Irvine, Calif. Debi received her bachelor’s degree in art from Concordia University, Irvine, along with her teaching credential and certification as a DCE. Their home congregation is St. Peters Lutheran Church in Columbus, Ind. They enjoy music, traveling and sports. Tom and Debi have twin children, who serve with them in Japan.

Learn about the LCMS missionaries and the work of the LCMS in Japan.