• Pray for physical and relational healing after a generation of civil war.

• Pray for the freedom of religious expression, and growth and maturity for the church.

• Pray for healing and protection for Christians, and especially those involved in the Easter attacks.

Sri Lanka, "The Pearl of the Indian Ocean," can be described in superlatives. One of the longest documented histories in the world. Oldest democracy in South Asia.  One of the top biodiversity hotspots in the world. First country in recorded history to have a female ruler. And, interestingly, the third most religious country in the world.

This Asian island off the southeast coast of India is reputed to have been King Solomon's source for ivory, peacocks, and valuables, which he imported from the ancient seaport of Tarshish. An important stop on the Silk Road, Arab traders called ancient Ceylon "Serendip", a Sanskrit term referencing the discovery of something by accident, which formed the root of the modern "serendipity". Today, Sri Lanka, or "venerable island", boasts one of the fastest growing economies in the world with over 60% of the gross domestic product coming from the service sector.  However, severe income inequality and ethnic prejudice have driven large numbers of its citizens to seek work outside of the country.  As a result, these populations are exploited, abused, and at times, enslaved at the hands of unscrupulous employers.

Ninety-nine percent of Sri Lankans say that religion is important in their lives, and the most recent civil war speaks to these strongly held beliefs. The war, waged over religious and ethnic divides, lasted from 1983 to 2009. And yet, despite efforts to preserve their religion and culture, significant increases in alcoholism, suicide, casual violence, and rape reveal a crisis in the belief systems to which Sri Lankans cling.  Buddhism, the national religion, is protected and promoted, and while freedom of religion is guaranteed by law, violence and persecution against the 8% mostly Catholic Christian minority are not uncommon.  As the number of Christians in Sri Lanka grows, we pray they continue to search for the pearl of great price - the hearts of the Sri Lankan people. Sources: (OperationWorld.org and PrayerCast.com) 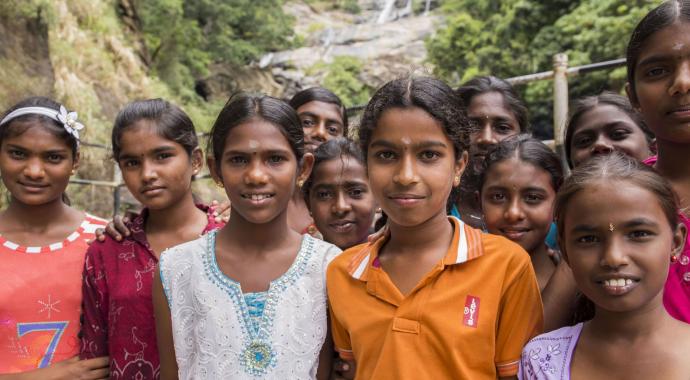 The Lutheran Church—Missouri Synod began work in Sri Lanka in 1927 as a natural outgrowth of its work in India. Missionaries worked primarily in the mountainous tea estate region of central Sri Lanka among the Tamil-speaking Hindus. Between 1998 and 2013, there were no resident LCMS missionaries in Sri Lanka.

Currently, the Ceylon Evangelical Lutheran Church (CELC) has been formed and will be seeking partner church status with the LCMS.

Since capable leadership is essential, theological education has become a major emphasis in LCMS mission work here. In January 2017, a pre-seminary was established in Colombo, with four students. Additionally, the evangelists are pursuing further instruction with the possibility that some would be ordained as pastors.

The first mercy project supported by the LCMS in Sri Lanka was in 1987. In more recent years, mercy work included relief for tsunami survivors. Source: lcms.org 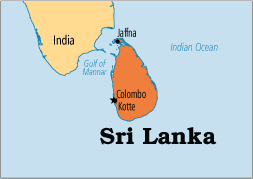 Serving the Lord in Sri Lanka

Rev. Steven and Martha Mahlburg serve the Lord through The Lutheran Church—Missouri Synod (LCMS) as missionaries in Sri Lanka. Steven seeks to build and maintain relationships with the Ceylon Evangelical Lutheran Church in Sri Lanka. He provides support for raising up pastors and grounding congregations in Lutheran doctrine and practice. He works with other LCMS personnel to provide pre-seminary training. In addition, Steven serves as a pastor at Emmanuel Lutheran Mission Church in Sri Lanka’s capital city of Colombo.

Pray for the Mahlburg family as they serve in Sri Lanka. Ask God to give them wisdom, comfort and support as they transition to life in South Asia. Pray for open doors and hearts in Sri Lanka that many more would hear the Gospel of Jesus Christ, believe and join the Body of Christ through the waters of Holy Baptism. Ask the Holy Spirit to move the hearts of people here in the United States to pray for the mission work of the LCMS in Sri Lanka. Let’s give God thanks that the Mahlburgs serve His children in this part of the world. Source: LCMS.org

Learn about the LCMS missionaries and the work of the LCMS in Sri Lanka.