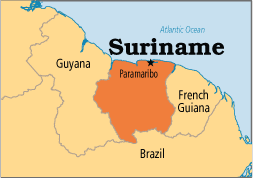 The smallest independent nation on the South American continent, Suriname has a tropical climate with more than 90 percent of the terrain covered by rainforests. Bordering the Atlantic Ocean between French Guiana and Guyana, it is also a multiethnic and multi-religious nation.  Surinamers take pride in being tolerant of different races. Like many other nations in the region, Suriname was founded by the Dutch as a plantation society. When slavery was abolished in 1863, Asian contract workers, including those from Java and India, were brought to replace the Africans. The Dutch sought cultural assimilation, but the Hindustani and Javanese cultures proved too resilient, and ethnic diversity became accepted. Suriname became an autonomous part of the Netherlands in 1954, and gained its independence in 1975. It is governed under the constitution of 1987.

Mining is the most important economic sector in Suriname, and brings in one third of the nation’s GDP. Paramaribo, the capital, is the only city in the nation and is the commercial center on the Suriname River. More than half of the population is employed by the state, yet unemployment is high, and 70% of the population lives below the poverty line. People are divided into classes based primarily on income and sometimes ethnic background. Villages are generally ethnically divided. Surinamers are very relaxed and are known for being hospitable to strangers. The phrase “no span” – ‘stay calm and don’t worry’ – is a theme of the laid back culture.

Suriname gives freedom of religion to all its citizens, and Christianity is the largest (50%), followed by Hinduism (23%) and Islam (17%). The Church is growing and sending missionaries to unreached areas.  Unity within the Church continues to grow as well, with prayer networks and cross-denominational cooperation expanding. Syncretism and nominalism have crept into the Church, and although half the population professes Christianity, many practice both spiritism and Christianity or are no longer committed to Christ. Nominal Muslims, mainly the Javanese peoples, need to be reached with the Gospel, and some have already become believers and are ministering to their fellow Javanese. 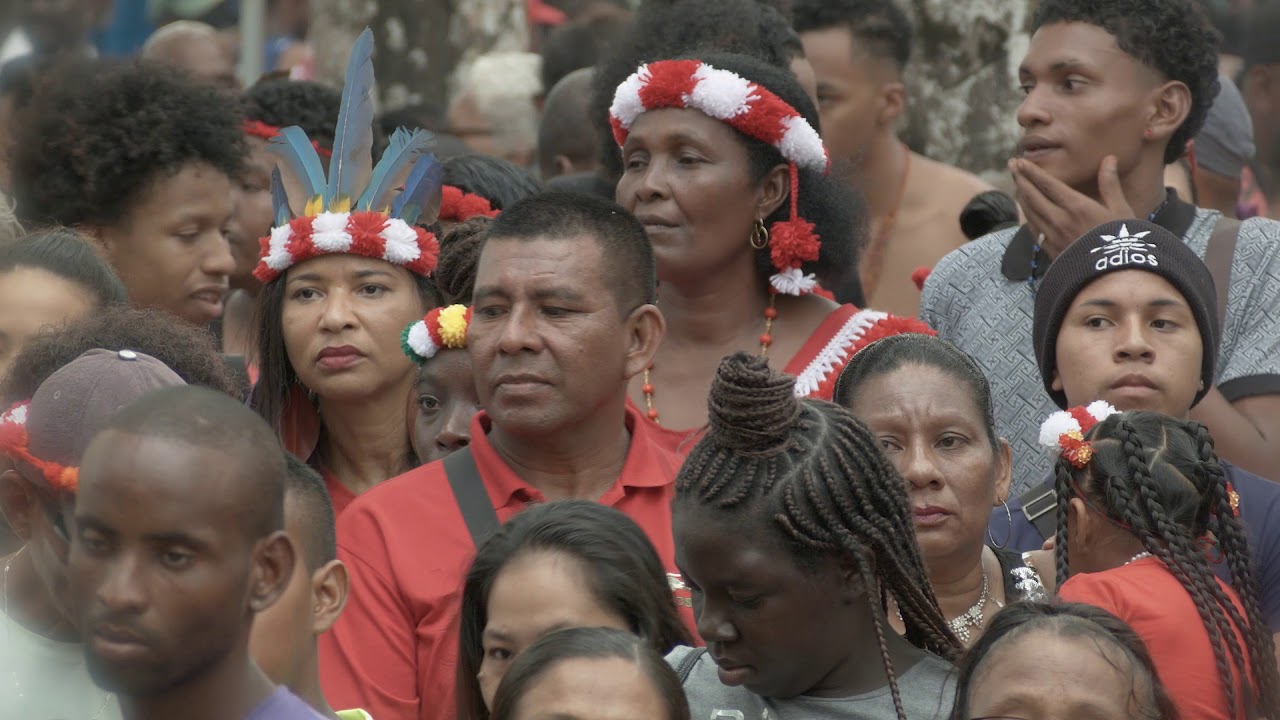 Rejoice with us as we spread the Gospel, plant Lutheran churches, and show mercy, across Latin America. Our missionaries and partner churches support 43 church plants, giving faithful witness in 14 countries.

We give thanks for the young men training to be pastors, and who will tell the Good News to this generation. Ongoing translation and distribution of theological books, journal articles and devotional materials in digital format ensure that our pastors and seminarians have high quality resources for reaching the lost, shepherding God’s people, and for continuing education. More than 100 women across Latin America are enrolled in the deaconess program, studying God’s Word so as to be His hands of mercy alongside pastors, and bringing the needy ones to His altar. Deaconess students have opportunity to serve the poor and people with disabilities in 16 different mercy houses across five countries. Lutheran education is paramount in Latin America, reaching our young people with an incredible 155 schools in 10 countries. Finally, we celebrate with you all, that through His Word, our dear Lord Jesus extends His church through His mighty Holy Spirit so that we might together make His Name known to those who sit in darkness. (Source: lcms.org)