• Pray for emphatic Biblical teaching in the churches that will, in turn, impact other spheres of society (i.e. poverty, witchcraft, radical Islam).

• Pray for trained, mature Christian leaders who will be able to evangelize the unreached in a predominantly rural nation.

The Republic of Tanzania on the east coast of Africa has a strong sense of nationalism that has enabled its people to live peacefully for over 20 years. Historical and cultural factors, the dominant Swahili language, and a successful political plan for independence have contributed to its stability. Bordered by eight countries including Kenya to the north and Mozambique to the south, Tanzania has the highest peak in Africa, Mt. Kilimanjaro, and it shares three of Africa’s largest lakes. The abundant wildlife in the Serengeti attracts many tourists as well.  The “spice islands” of the Zanzibar archipelago off the eastern coast brought a strong Arabic influence to Tanzania as the republic was formed in 1964.

Attempts to socialize the mostly agricultural economy after independence met with little success. With 80% of the workforce in farming and 85% of Tanzania’s exports from agriculture, the economy suffered, and over one-third of the population now lives below the poverty line. Tanzania has one of the smallest industrial sectors in Africa with aging transportation, communication, and power infrastructures inhibiting growth as well.  HIV/AIDS and an influx of refugees fleeing conflicts in neighboring countries have both negatively impacted the economy.   Recovery is slow, but revenues continue to grow from gold mining and tourists visiting Tanzania’s beautiful natural attractions.

Religious freedom is thought to be one of the motivating factors in Tanzania’s peaceful history.  With over one half of the population Christian and one third Muslim (99 % in Zanzibar), actively religious communities have existed with little conflict.  This is changing with increased internal Muslim conflicts, which have also prompted conflicts with Christians. Witchcraft, the occult, and superstitious spiritual practices are becoming part of even the mainline religions.  Many churches lack the trained mature leaders needed to shepherd and teach sound Biblical truths - exposing syncretism and heresy - to both established and newly planted Christian communities. 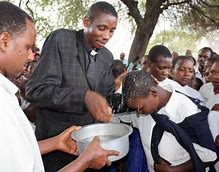 The Lutheran Church—Missouri Synod began work in Tanzania in 2002. Today, the LCMS continues to support work with a few dioceses of the Evangelical Lutheran Church of Tanzania (ELCT), primarily in pastoral formation and church worker development and care, as well as walking with the Lutheran Church of East Africa (LCEA) in support for their seminary, tin roofs for congregations, and long-term partnerships between LCMS congregations and parishes of the LCEA focused on evangelism 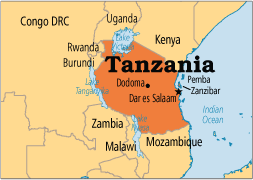 Serving the Lord in East Africa

Sarah Kanoy serves the Lord through The Lutheran Church—Missouri Synod (LCMS) as a missionary in East Africa, based in Moshi, Tanzania. In her role as a registered nurse, she provides health and hygiene education to the local people in their communities, homes, schools and churches throughout East Africa. During her interactions with these individuals, she shares the Good News of Jesus Christ and helps to connect people to their local Lutheran church. Sarah also works with and supports the Mercy Medical Teams that serve in East Africa.

Sarah was born in Kansas City, Mo., and her hometown is Arlington, Neb.  She calls Beautiful Savior Lutheran Church, Omaha, Neb., and St. Paul Lutheran Church, Arlington, Neb., her home congregations. She received her bachelor’s degree in nursing from Northwestern College, Orange City, Iowa. Before serving in East Africa, Sarah worked as a registered nurse in the Intensive Care Units at Mercy Medical Center, Sioux City, Iowa, and at Creighton University Medical Center, Omaha, Neb. She also served on short-term medical mission trips to East Africa in 2010, 2011 and 2015. In her free time, Sarah enjoys watching movies, geeking-out by reading medical journals, playing with all her “adopted” nieces and nephews on the mission field, and spending time with friends and family.

Please pray for Sarah as she serves in East Africa. Ask God to give her great courage and many opportunities to share the Gospel and the love of Jesus. Pray that God blesses her with continued confidence in speaking Swahili. Pray that God prepares the hearts of the people she serves so they are open and ready to hear God’s Word and would come to know Jesus Christ as their Savior. Thank God for giving Sarah dear friends and adopted family on the mission field, but also pray for Sarah and her family as they are apart from each other. Let us give thanks to God that Sarah is serving His children in this part of the world.

Learn about the LCMS missionaries and the work of the LCMS in Tanzania.