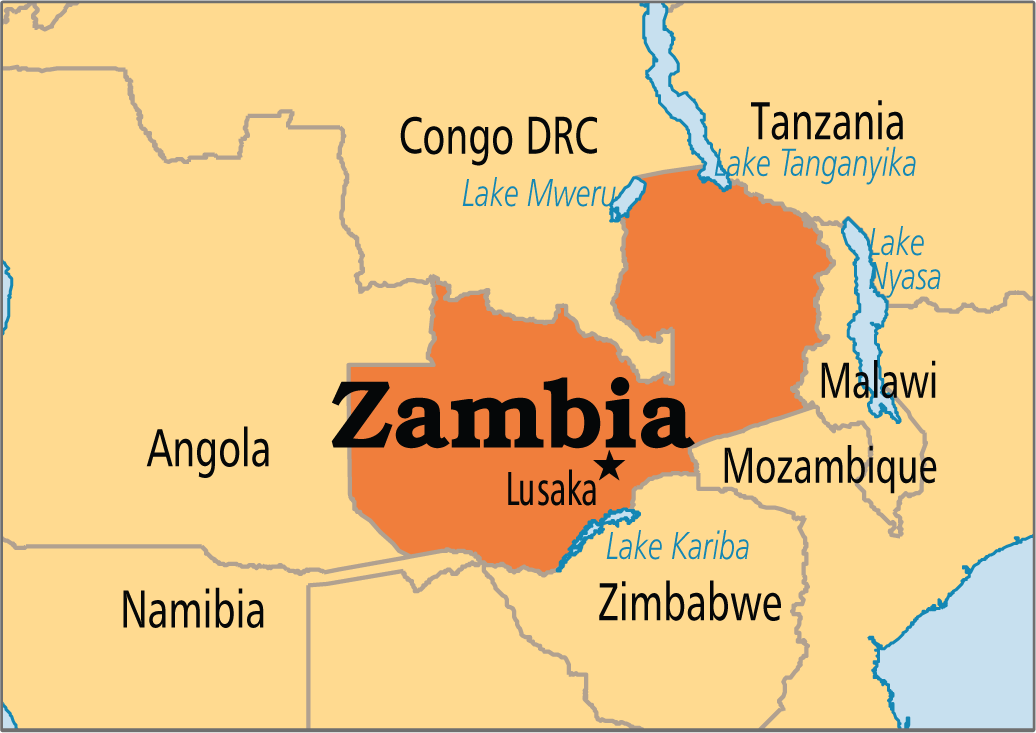 • Pray for ongoing commitment by Zambians to see their nation flourish as a Christian one which honors the Lord.

• Pray for the development of training programs that will raise up educationally and spiritually equipped leaders.

• Pray for wisdom in tackling extreme poverty and the devastating HIV/AIDS crisis.

Zambia is home to stoic savannah plateaus, the cascading waters of Victoria Falls, and game parks teeming with wild African creatures. Zambia also houses some of the most thriving metropolitan cities in Sub-Saharan Africa, which are filled with people from the nation's more than 70 ethnic groups. Both diverse in natural beauty and human ethnicity, Zambia remains a destination for tourists as well as a model for peace and ethnic harmony.

Zambia faces high unemployment rates, with over 70% of its population living in poverty. A high prevalence of HIV/AIDS among adults has drained the healthcare system and economy of resources, and HIV/AIDS related deaths have left over 710,000 children orphaned. Formally recognized as a Christian nation since 1991, Zambia is completely open to the Gospel. Evangelicals in particular have experienced exciting growth and compose 26% of the population, compared to 4% in 1960. Islam, which is growing twice as fast as Christianity, is targeting Zambia with increasing fervor, and there is great need for Zambians who are able to minister to the growing number of Muslims. Pray that God would grow a spiritual fervency among Zambian believers, sending them out with the Gospel to the poor, sick, and spiritually needy.

Other Ways to Support